The Gephi project is part again of the Google Summer of Code in 2012!

This is a global program that offers student developers stipends to write code for various open source software projects, fund over a three month period (5000USD per student). Through this, accepted student applicants are paired with a mentor from the participating projects, thus gaining exposure to real-world software development scenarios and the opportunity for employment in areas related to their academic pursuits.

Thanks to Google to support our small organization. The program really made a huge boost in development and community. I would like also to thank organizers and engineers for their great job on organizing and providing the infrastructure and tools.

In 2012, 5 students were selected on these projects:

Detailed proposal descriptions can be found on the wiki. 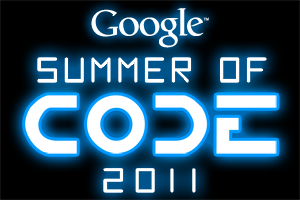 In 2011, 7 students were selected on these projects:

Detailed proposal descriptions can be found on the wiki. 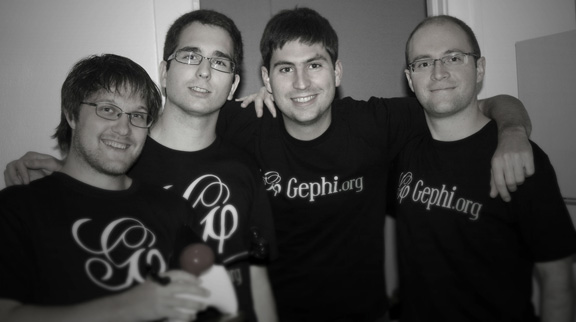 In 2010, 5 students were selected on these projects:

Discover students specifications on the wiki and the code on Launchpad.

In 2009, 4 students were selected on these projects:

Patrick McSweeney on Network Algorithms and Statistics module
This proposal calls for the implementation of 9 network algorithms and metrics which will enhance Gephi’s user experience by providing information about the network which is not usually apparent from mere visual introspection. The proposed network metrics are: HITS, PageRank, clustering coefficient, network diameter, mean shortest path, betweenness centrality, modularity, degree-distribution and closeness centrality.
PhD in Physics at Syracuse University, US

Jeremy Subtil on Vectorial Preview module
Gephi is able to export its network as SVG or PDF format. Using vectorial drawings for graph have many benefits like infinite zooming or clear shapes. The aim of this proposal is to develop a preview module in Gephi for seeing how the output will exactly looks like with the given parameters.
Bachelor degree in Computer Engineering at Université de Technologie de Compiègne, France
Helder Suzuki on Distributed Algorithms module
Spatialization plays an important role in rendering networks, specially when the size of the networks are huge and the complexity of current spatialization techniques starts to dominate. This proposal is about developing and implementing a highly scalable distributed spatialization algorithm, so that Gephi can ideally spatialize and render massive networks (~1M nodes).
Master degree in Computer Engineering at Instituto Tecnológico de Aeronáutica, Brasil
Julian Bilcke on Dynamics module
I propose to add a new graphical component to Gephi, that will use the current slice-based storage of Gephi to provide an intuitive temporal graph navigation. This implementation will be designed with performance and ease of use in mind.
Master degree in Computer Engineering at Université de Technologie de Compiègne, France

Look at the mid-term, and final results.

Ways to get help

We are non-profit. Help us to innovate for 8€ only: